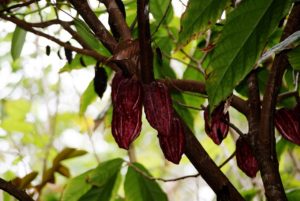 FrancTrade view: Brazil is looking to buy cocoa beans competitively from Côte d’Ivoire to make up for a gaping production deficit and reduce its reliance on relatively high prices in Ghana. However, with cocoa output in Côte d’Ivoire lower this season, prices may not be as favourable for Brazil as it anticipates. Ghana is the only major producer to have significantly grown output in the 2015/16 season, by around 100,000 tonnes to 840,000 tonnes, according to data from the ICCO. Output in Brazil, Indonesia, Ecuador and Cameroon are all expected to be weaker, largely on account of adverse el Niño weather. The active contract in London is up around 10% year-to-date.

Cocoa output in Brazil has slumped this season (2015/16) on account of a debilitating drought which affected Bahia, Brazil’s top cocoa producing region. As such, Brazil expects to produce only 150,000 tonnes of cocoa, down from 231,000 tonnes last year, which will be insufficient to meet growing domestic demand.

According to Brazil’s Cocoa Processing Industry Association (AIPC), Brazil may need to import up to 80,000 tonnes of cocoa this season, up from 11,000 tonnes in the previous year. According to the AIPC, imports from Côte d’Ivoire remain a good option, compared with Ghana, on account of volume and prices. We expect demand from Brazil, as well as the global production shortfall, to underpin cocoa prices this season.

A lot still to go in Senegal, according to Cairn Energy

Will Africa’s robusta producers wake up and smell...

Is the cotton industry hedged against an eventual...

Your pastry just got more expensive: dairy and...