What does the precipitous fall in Togo’s Q1-2016 phosphate exports mean? 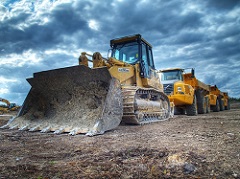 FrancTrade view: Figures from Togo’s National Council of Credit today showed exports down almost 50% year on year to 158.4kt in the first quarter of 2016. This is attributed to the lack of exports in January after SNPT, the state run phosphate producer, and its clients failed to agree on price. We side with the view that lower per capita use of fertiliser in Africa and the need to increase crop productivity to support the structural demand for food will underpin fertiliser demand. However, this needs to be viewed against potentially more competitively priced fertiliser (and fertiliser products) imports. The ongoing strike at the state run phosphate producer, SNPT, underscores challenges in the country’s mining industry.Togo has currently embarked on a five-year plan (2016-2020), known by its french acronym (PDGM), to improve governance in the mining sector with the support of the World Bank. Phosphate production has fallen to under 1 million tonnes from its peak of over 3 million tonnes, partly on account of a collapse in prices.  However, according to the Africa Report, Togo may have the largest phosphate reserves in Sub Saharan Africa at around 2bn tonnes. In September 2015, Togo awarded the Kpeme project to the Israeli group ELENITO.

Why have oil shipments through the Chad-Cameroon Pipeline dropped?

Can the electronic CFA franc survive the curse...

Lafarge and Dangote cement accompany China on an...