FrancTrade view: The sale of new shares by Côte d’Ivoire’s Uniwax provides an opportunity for investors to participate in the growth of a successful West African venture. Uniwax’s fundamentals look attractive with strong sales growth forecast over the medium term. However, costs need to be tightly managed over this period. The company has benefitted from low global cotton prices since the market spiked in 2011 undermining its profitability. Imminent changes to China’s agricultural policy may also result in more volatile commodity prices with feedstock price risks for the company. 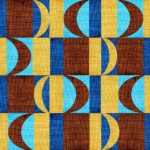 Uniwax, the fabric printing company based in Côte d’Ivoire, plans to sell 400,000 new shares at 25,000 CFA francs on the regional bourse (BRVM) based in Abidjan. SGI Hudson and Cie has been named adviser and arranger. According to newswires, the sale will take place from September 14 to October 5 and will raise capital which will largely go towards funding a 3-year investment plan estimated at 12bn CFA francs. Comments from the company indicate that this initiative will increase production capacity by 60% from its current ceiling of around of 23.5 million metres of fabric a year.

Uniwax prides itself on its innovative product line and its shares are amongst the most traded on the BRVM. The company, saw exceptional growth in 2015, recording operating profits of over 6bn CFA in 2015 (net profit of 4.35bn CFA), up 5.5bn compared with 2014. According to information on its website, it posted pre-tax profits of 3bn CFA francs in the first half of 2016 compared with 2.4bn CFA francs last year; turnover rose 2.1% to 20.1bn CFA francs over the same period.

Uniwax forecasts a 5-8% increase in revenue between 2017 and 2021, partly on the back of better, capacity-induced, sales and improving macroeconomic prospects in its main market Côte d’Ivoire.

Uniwax was formerly part of the Vlisco group but is now owned by the London based private equity firm Actis. Côte d’Ivoire, Benin, Niger and Burkina Faso are among its key markets.

Will Africa’s robusta producers wake up and smell...