The cocoa market has been awash with activity. Last week, we reported a steep decline in prices in anticipation of better supply out of top producer Cote d’Ivoire. News that Cote d’Ivoire would cancel up to 250,000 tonnes of forward-sold 2016/17 cocoa further spooked the market which tumbled heavily as a result. That news has now  been quashed by the country’s Cocoa and Coffee Board and the market has recovered strongly. 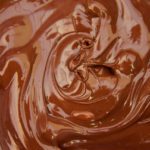 Closer to origin for Cargill

Today, Bloomberg reported that as of next season Cargill is setting up a license- buying company to purchase cocoa from the Ghana Cocoa Board. According to its President Harold Poelma, this initiative will help Cargill get closer to producers on the ground and promote sustainability. Cargill is the second largest cocoa grinder in the world. Cargill also sounded very constructive on producing cocoa butter in origin countries. In our view this will cheer the cocoa sector across West Africa. We expect the region’s processing capacity to increase as local processing takes root.

Cargill sounded downbeat on prospects for near term supply in the cocoa industry and forecasts a supply crunch to last until improved stocks from next season’s crop hit the market. Olam, the worlds third largest processor of cocoa has expressed similar concerns about global output and expects the start of the new season, which begins next month, to be tame.

We see more downside than upside risks to prices in the last quarter of the year. Seasonally we would expect Christmas demand to now be tapering off and we would recommend producers to sell on rallies as the market seems to be nearing a short term ceiling.