Exxon Mobil has disagreed with a ruling by the government of Chad imposing a mammoth fine on the company. The fine of USD 74 billion was levied as a penalty for unpaid royalties. Exxon, the world’s biggest oil producer by market value, has been exploring oil in chad since 2001 and operates the Chad-Cameroon oil pipeline. The fine was announced by the Chadian High Court following a complaint from the country’s finance Ministry. Exxon Mobil has also been ordered to pay an additional USD 819 million in overdue royalties. 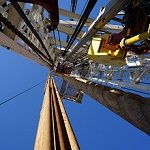 Franctrade understands that this penalty will be difficult to enforce outside Chad and may be a precursor to a negotiation, particularly after the president of the High Court alluded, without elaborating, to a lower provisional settlement.  In 2006, Chevron and Petronas, two companies also named in the case, settled a tax dispute with Chad after nearly losing their licences to operate in the country. Exxon is quoted as saying “Contract sanctity and respect for the rule of law are core principles used to manage our business over the long term…it is vital for all parties to honor the terms of a contract and abide by applicable law in order to achieve the desired long-term benefits envisioned when projects begin.”

Your pastry just got more expensive: dairy and sugar prices rise in September