The largest cocoa farm in Africa

KKO International SA, a Brussels based holding company specialising in the physical cocoa sector, is looking to develop a cocoa farm in Cote d’Ivoire which would span 3,000 hectares, making it the largest of its kind in Africa. Through its subsidiary Solea, it intends to “shake things up” on the West African cocoa scene, where commercial plantations are a rarity. Solea hopes to plug a supply gap in a market experiencing growing demand for cocoa beans from the food, pharmaceutical and cosmetics industry. 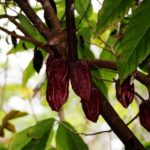 FrancTrade view: The initial operating/farming model is compelling. If company reports are credible then Solea seems to have navigated one of the trickier corners of large scale (commercial) plantings in Africa reasonably well. It has agreed on land lease conditions with stakeholders and signed off on a deal with the local population on terms that are reminiscent of the Malaysian model.

Are yield expectations too optimistic?

Solea has also set up a clever system of drip irrigation and soluble fertiliser feed to the trees, which could act as a hedge against dry el Niño weather which brutally cut yields in the 2015/16 season leading to a deficit in the cocoa market. This system will heavily boost yields on its farms.

Solea wants to plant 4 million cocoa trees on its 3,000 hectares by the end of 2018 and expects output of around 15,000 tonnes when its trees reach maturity in 2024. This suggests yields of 5 tonnes of beans per hectare. This may be optimistic even given the use of more productive, hybrid seedlings. The average current yield on family farms which make up the bulk of Cote d’Ivoire’s cocoa plantings is 0.5 tonnes per hectare.

According to newswires, Solea has already spent 17 million euros on the project and wants to issue USD 12 million in convertible bonds by the end of the year to complete the project and expand overseas. KKO is also looking to expand in Ecuador and Madagascar. It has also reportedly been approached by an agribusiness group in Nigeria to develop a 10,000-hectare cocoa plantation.

i need this hybrid cocoa in Nigeria.Can somebody help me out with contacts? 5 tonnes/hct is alot.