Australia, China, UAE underpin resurgence in base metals in Cameroon and Guinea

Birsok
Australia’s Canyon Resources Ltd has announced that it is in advanced discussions with the government of Cameroon in relation to developing a Direct Shipping Ore (DSO) bauxite operation.

FrancTrade believes this is with regard to an earlier announced Joint Venture agreement to acquire up to a 75% interest in the Birsok Bauxite Project in Cameroon’s Adamawa region. Canyon Resources confirms that the project is highly prospective for high grade, low contaminant, DSO bauxite following an initial rock sampling. The project is a joint venture between Hindalco Industries Ltd (part of India’s Aditya Birla Group) and Dubai Aluminium Co and Hydromine Inc (UAE).

The Birsok project will b 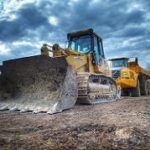 enefit from the Ngaoundere Douala railway line as well as two existing hydro electric power stations which will support the refining of 9 million tonnes of bauxite per year.

This project contrasts with a much smaller joint venture between Rio Tinto Alcan and the government of Cameroon, which operates a 90,000 t/y aluminium smelter currently processing bauxite ores imported from Guinea.

Guinea’s iron might
However, the bulk of Guinea’s bauxite ore seemed destined for China. In a FrancTrade.com article published in September, we argued that Guinea looks set to become the largest bauxite exporter to China.

In fact, Emirates Global Aluminium (EGA) recently announced the first bauxite bulk sample shipment from its mine under development in Guinea for bauxite customers in China.

Guinea Alumina Corporation which is a wholly-owned subsidiary of EGA, is building a major bauxite mine in Guinea, the largest greenfield investment in the country for four decades according to Reuters reports. Commercial production of Bauxite is set to begin in 2018 with a medium term target of 12 million tonnes of bauxite per annum.

Averting a crisis: In Cameroon, the ‘Magi’ unwrap a pockmarked christmas gift; CFA franc devaluation ruled out for now