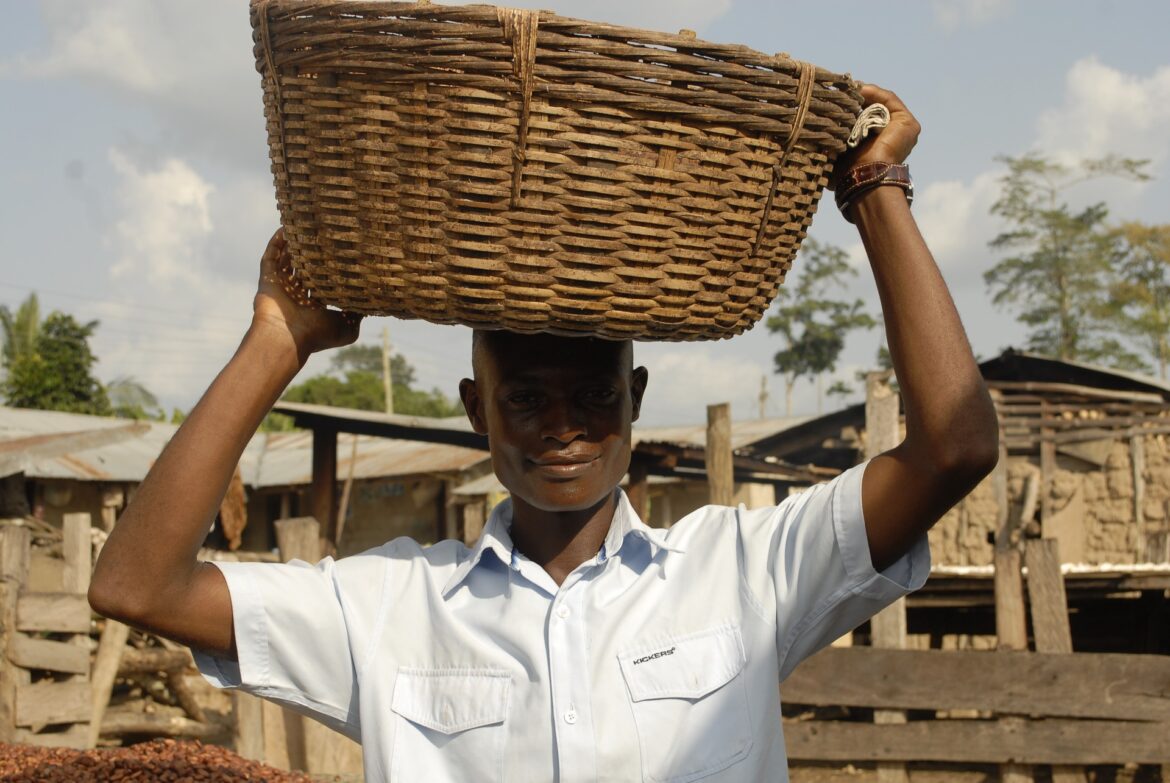 For anyone currently watching cocoa markets, this statement might sound familiar: “It’s a complete mess at the moment. I wish Ghana and Cote d’Ivoire would talk and listen”.

But why the accusatory stance on these producing countries?

Cut to the chase and US chocolate-maker, Hershey’s, is expected to take delivery of a large volume of cocoa on the futures market, creating a squeeze with the trappings of Armajaro’s chocolate finger just over a decade ago.

At least one analyst has seen the smart play in Hershey’s trade. Not least because it circumvents the country premium which importers are now reluctant to pay in addition to the $400/tonne Living Income Differential (LID) imposed this season by Ghana and Cote d’Ivoire, who jointly account for over 60% of global cocoa production.

Arguably, procuring beans through the exchange offers a 50% discount on the LID! And, admittedly, the difficulty in converging the physical trade with the futures market, occasioned by the LID has raised tensions and have cocoa importers scratching their brows.

But in our opinion, the cocoa trade has become a ZERO-SUM game.

Efforts by Hershey’s, which by our very rough estimates accounted for around 200,000 tonnes of US cocoa grinds in 2019, have served to spook futures and the liquid March 2021 cocoa contract has risen over $335/tonne in the week ending 20 November.

Now, consider the circular reference to futures prices inherent in the physical market price, and could it be that the trade just got played? 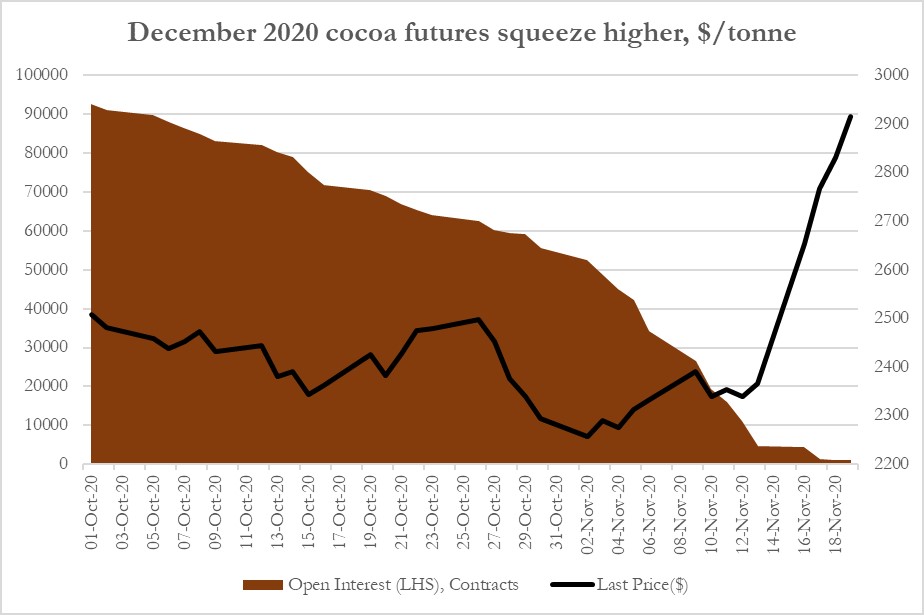 Nigeria: An arsenal of ‘F’ words-Forex, Food and Fertiliser

Chart of the Week: Foreign reserve position of...