Averting a crisis: In Cameroon, the ‘Magi’ unwrap a pockmarked christmas gift; CFA franc devaluation ruled out for now 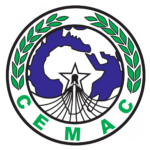 21 points
Weak energy prices and heightened geopolitical risks have struck a debilitating blow on the economies of the central African economic union CEMAC. The urgency of the region’s challenge was articulated today in an impressive 21 point resolution taken at the end of an extraodinary meeting of Central African Heads of State held at the request of the government of Cameroon. The meeting was also honoured by a trio of stakeholders including the IMF’s Christine Lagarde, The French Finance Minister Michel Sapin and the regional Central Bank Governor Lucas Abaga Nchama.

No devaluation for now
The commitment to sustainable debt levels, and a reduction in the budget deficit to within 3% GDP could have been scripted before the meeting. However, consumers in the region are breathing a collective sigh of relief as the communique reads that “restoring macroeconomic stabiity does not require a readjustment of current monetary parity…” This suggests a currency devaluation, a policy tool favoured by similarly ‘commodity-stricken’ economies including Nigeria and Egpyt, is off the cards.

Mr Kenneth Soh of Soh Consulting group argues that a poorly managed currency devaluation will adversely impact businesses and households due to the inflationary pressures that will undoubtedly follow. “Here we are two decades after the last devaluation and some core developmental issues like the cost of borrowing and access to capital and credit have still not been properly addressed” he adds.

A Potent combo…a humanitarian crisis
But while a devaluation may not for now be a viable policy option, the economies of the region, heavily reliant on the hydrocarbon sector, are visibly struggling under the strain of much weaker energy prices. The US Energy Information Agency forecasts Brent oil, against which the region’s crude is benchmarked, will average USD 43/bbl in 2016 and remain muted at USD 52/bbl in 2017. This compares with USD 99/bbl in 2014. Security risks in the Lake Chad region have also diluted economic activity in Northern Cameroon, Chad and Niger trigering a humanitarian crisis.

A sobering report
The impact of sluggish energy prices and security risks on the region’s macro, monetary and fiscal indicators are not only far-reaching but sobering. Regional GDP growth, initially forecast at an anaemic 1.6% in 2016 by the IMF has been revised lower to 1%. Credit growth has collapsed, national savings have deteriorated and external public debt levels, while relatively low, have now doubled to around 26% compared with 2012.

But one core reason why stakeholders in the region should be rightfully worried about the currency regime is the level of external reserves which have been deeply eroded. According to IMF estimates, the region’s gross official reserves now stand at under USD 8bn or 3 months of import cover, compared with USD 18bn in 2013. Although the IMF considers that the French treasury guarantee would protect the peg should reserves fall dramatically, for many this amounts to kicking the can down the road.

2 thoughts on “Averting a crisis: In Cameroon, the ‘Magi’ unwrap a pockmarked christmas gift; CFA franc devaluation ruled out for now”