On September 5, 2016, Franctrade recommended that wheat importers in our footprint markets take advantage of relatively cheap wheat prices and a weaker US dollar and lock some forward contracts in anticipation of more stringent market conditions. Front month wheat prices have since rallied by 12% on the Chicago Board of Trade to currently trade at around 150 dollars per tonne (equivalent to CFA 90,900 CFA frs per tonne) compared with 135 dollars per tonne on September 5 (equivalent to CFA 80,000 CFA frs per tonne). The prices quoted in CFA frs take account of the moderate depreciation of the currency against the greenback. The CFA franc is now trading at just over 606 per dollar compared with 592 per dollar on September 5. 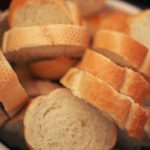 Franctrade also argued that countries such as Cameroon would be particularly vulnerable to a bullish correction in wheat prices given high per capita wheat imports.  Cameroon imported 36,550 tonnes of wheat from the US last season, making it the top francophone African wheat importer from the US in the 2014/15 marketing year. The increase in wheat prices on US markets now means it would cost Cameroon approximately 548,000 US dollars more to import the same quantity of wheat from the US. This could be considered a poor trade.

A futures market in contango

Alternative origins are also correcting although the upside has been marginal compared with US markets. Euronext milling wheat in Paris (Matif) for December delivery is currently trading at around 162 euros per tonne (approximately 106,000 CFA frs per tonne). With futures markets in contango on global exchanges, the time for cheap wheat may soon be over.

Do you have a question to ask about global, regional or local commodity markets? Ask the team on editor@franctrade.com