Efforts are underway in the Central African Economic and Monetary Community (CEMAC) to merge the Douala Stock Exchange (DSX) with Libreville’s Central African Bourse (BVMAC) after years of lacklustre activity. Prospects for the merger had been raised following a decision by the regions’ Heads of State in October 2017 with a steering committee now expected to deliver results by 2019. 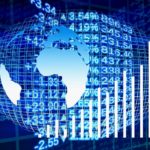 Although economic rivalry has long been the diluent to collaboration and market momentum–only four stocks are quoted on both markets–there is more to explain market timidity. A 2016 report by Consultants Roland Berger cites lack of information and a weak corporate finance culture to be significant hurdles to a market which, nonetheless, has potential.  Roland Berger estimate market liquidity in the region could rise from around 250 billion CFA frs in 2015 to about 2.4 trillion CFA frs by 2025 fuelled by insurance companies, banks and pension and diaspora funds.

1 thought on “Central African Bourse: Economic rivalry may soon give way to common-sense as Douala and Libreville eye merger”