Cocoa: West African farmgate prices at the mercy of a bearish market in Q2-2017

Cocoa prices may have further to fall

Franctrade view: Cocoa prices could drop significantly in the second half of 2016-17 year on account of a bumper ‘small season’ crop in Cote d’Ivoire. Production forecasts on the ground indicate that the main season crop (October to March) will be on par with last season’s at between 1.2 to 1.3 million tonnes. This suggests that the expected increase in output this year in Cote d’Ivoire will potentially only happen in the second half of the season, which runs from April to September 2017.

Cocoa prices and futures have declined in Douala, London and New York

As such, cocoa prices could be pressured lower from current levels from Q2-2017. Already, cocoa futures have dropped on the London and New York exchanges from their highs this year by 7% and 14% respectively as the industry anticipates a stronger global harvest. This is unwelcome news, not just for Cote d’Ivoire but for other producers in the region including Cameroon, Ghana, Nigeria and Togo. 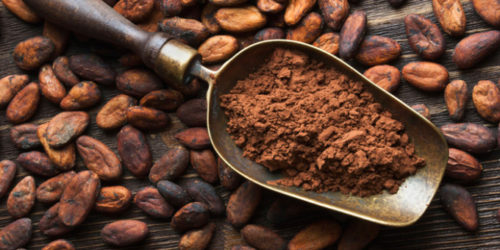 Cameroonian farmers are already having to contend with lower farmgate prices which dropped 19% in the week to October 25 to 1,270 CFA frs per kg. This is according to aggregate prices from the National Association of Cocoa and Coffee Producers.  Farmgate prices in Cameroon are now trading at a 25% discount to the active contract on the London cocoa futures market.

Cote d’Ivoire, however, may be able to cushion some of the shock from lower prices by exporting to Brazil. That is, if the Brazilian government lifts the ban on Ivorian bean imports this year.

Overall, while we see price risks as being to the downside for cocoa, the market could be supported by strong grindings due to attractive cocoa butter and powder margins. European and Asian grindings were up nearly 3%, and 15% quarter on quarter in the July to September 2016 period respectively.