FrancTrade view: The collapse of a key railway bridge linking Côte d’Ivoire to the landlocked countries of Burkina Faso (and Niger) will deal a blow to intraregional trade in the UEMOA zone and may lead to a temporary spike in inflation.The accident will also create a financial and operational hurdle for operator SITARAIL which is part of the French industrial group Bolloré. We note that South Africa’s Grindrod Locomotives recently partnered with the Bolloré group to deliver 16 locomotives for Bolloré’s West African operations. This order could also include high-speed passenger locomotives destined for Bolloré Logistics in Cameroon.

Story: A railway bridge over the River Nzi in central Côte d’Ivoire collapsed on Tuesday September 6. According to initial comments from Bruno Koné, Minister of Posts and 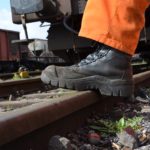 Telecommunications, the bridge’s structure was compromised by oversized equipment.We understand from local reports that the bridge was built by the French in 1910 and links the port city of Abidjan to landlocked Burkina Faso. Tradeflows include cotton and manganese from Burkina Faso into Côte d’Ivoire  and oil, cement, merchandise and fertiliser from Côte d’Ivoire to the Burkinabe town of Kaya.Trade statistics we compiled indicate that oil (and by products) and tobacco account for around half of all exports from Côte d’Ivoire to Burkina Faso. According to Reuters newswire, the railway carried 200,000 people and 900,000 tonnes of freight in 2015.