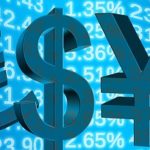 A mammoth deal: Côte d’Ivoire, the world’s top producer and exporter of cocoa, has issued a $2.1 billion Eurobond, in what is the biggest recorded euro issuance from an African government. The maturity of the bond is split, with tranches due in 2030 and 2048. Market data indicate this is the second biggest EUR Eurobond offering from emerging markets in 2018 after Romania in February.

The primary market pricing of the bond, which was 2.5 times oversubscribed, “…offers pockets of value, especially at the back end amid a relatively steep curve” according to emerging markets bank Standard Chartered. “EUR-XOF peg should limit exchange rate risk and diversify FX exposure of CDI’s rising Eurobond stock” the bank adds; particularly important given the country’s tight foreign reserve position. The drop in cocoa prices and extra-budgetary spending linked to a spate of army mutinies have undermined fiscal revenues but the return of stability and ongoing improvement in commodity prices bode well for near-term prospects. Côte d’Ivoire is expected to remain among the fastest growing economies in the world this year with GDP growth forecast at 7.3%.