Franctrade view: Cameroon may indeed stand to benefit from the Economic Partnership Agreement (EPA) with the European Union (EU), although the government’s revelation that the country will lose 4.2bn CFA francs in revenue in its first year will do little to quell the raging debate over the trade deal.

According t o Cameroon’s finance minister, Alamine Ousman Mey, Cameroon stands to gain over 132bn CFA frs in revenue by 2029 as a result of the agreement.  While details of this windfall are thin, franctrade.com believes this may be premised on the benefits of reciprocal tariff free entry of goods into the European Union. 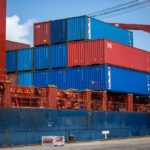 The EPA was negotiated primarily to replace the Cotonou Agreement which lapsed in December 2007 and in so doing prevent a disruption of trade between the EU and its African counterparties. The EPA provides duty-free, quota-free EU access for all goods from Cameroon. This provision which has been in place since January 2008. The EPA also seeks to gradually remove duties and quotas on 80% of EU exports to Cameroon over a period of 15 years. For many, this is a sticking point.

There has therefore been a backlash from some quarters regarding the potentially adverse impact on Cameroon’s economy from the EPA agreement. However, franctrade.com recalls that the EPA has bilateral safeguards allowing each party to reintroduce duties or quotas if imports from the other party “disturb or threaten to disturb” their economy. This should provide some comfort to guardians of the local economy.

Moreover, Cameroon excluded a number of agricultural and non-agricultural processed goods from liberalisation of EU imports, mainly to ensure the protection of certain sensitive agricultural markets and industries but also to maintain fiscal revenues. 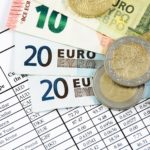 financial market participants in Cameroon should look to support the trade sector particularly those with exposure to the EU. Exporters to EU markets who have strongly articulated strategies should feel emboldened by these agreements and could profit immensely from the EPA if local regulations remain enabling.

Cameroon first signed an interim EPA with the EU in 2009 which was approved by the EU parliament in 2013 and ratified by the government of Cameroon in July 2014.

For comments, ideas and suggestions please contact us at editor@franctrade.com