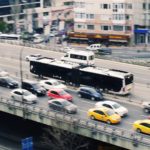 Swiss energy trader, Trafigura, which was a focus in the report had said it backed moves by the African Refiners Association, to raise fuel quality standards and reduce permitted sulphur levels.

However, responding to the concerns raised, a spokesman for Trafigura commented that the existence of a unique logistical supply chain made it difficult for companies to supply fuel to a higher specification than imposed by the national regulator.

Now, with the adoption of stricter standards, the onus is on energy suppliers to the region. As per these standards, permitted levels of sulphur in imported diesel will fall from as high as 10,000 parts per million (ppm) in some of the countries to 50 ppm. In Europe the maximum has been 10 ppm since 2009.

What’s the price impact?
According to the Public Eye, the price impact of improved diesel standards should be limited. In January 2015, five East African countries adopted low sulphur fuels with no impact on prices at the pump, or on government spending through subsidies.

This should provide some comfort to governments and fuel consumers in the region. It is still the view of franctrade.com that end users in the region must start to discount pipeline price pressures when the full effect of the new legislation kicks in.