The West African region could become an important trading post for liquid natural gas (LNG) in the near to medium term as countries including Cote d’Ivoire, Senegal, Benin and Ghana complement other potential importers like Morocco, Namibia, South Africa and Sudan to grow Africa’s fledgling demand for LNG. Egypt turned net LNG importer, and Africa’s first import market in 2015, partly due to the strong increase in domestic demand for the commodity which is used as feedstock for electricity generation. 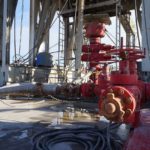 Best in class is Cote d’Ivoire
Cote d’Ivoire is also making important strides in this regard with a view to boosting capacity in electricity provision for local and regional markets. Oil and gas company Total leads a consortium of local and international energy market players including PetroCI, CI Energies, SOCAR, Shell, Golar and Endeavor Energy that have been granted the right to build and operate a 3 million tonne/year capacity LNG re-gasification terminal in Cote d’Ivoire. This will position the country as the first LNG hub in the West African region.

The cost of the LNG terminal is estimated at USD 200 million upwardly revised from USD 100 million prior and will become operational by mid-2018. Around USD 200 billion of investments are needed in Cote d’Ivoire over the next 15 years to meet demand, according to official estimates, which will strengthen its ability to supply power to regional neighbours.

Buy now, repent later
FrancTrade.com has previously argued that relatively weak global growth, significant ramp ups in global LNG output and robust US shale gas production have led to production surpluses in the LNG market with a bearish impact on prices. And while Africa’s growing LNG import book will benefit from copetitive pricing, participants in the sector will need to consider measures to mitigate upside price risks once this current sluggish cycle troughs.