Lafarge and Dangote cement accompany China on an African odyssey

Franctrade expects cement consumption in West Africa to rise strongly in 2016 after a robust recovery in 2015.

Improving urbanisation rates and large infrastructure projects have fuelled cement demand with growth pegged at 3.1% in 2015, up from 0.9% in 2014 according to estimates from the industry association, cemnet

According to Bloomberg intelligence, funding from China is boosting infrastructure projects across sub-Saharan Africa with the 10 largest Chinese-funded projects estimated at around USD 52 billion.  These include Nigeria’s coastal railway project and DR Congo’s infrastructure for Mines Bartel.

Lafarge Africa, Dangote and HeidelbergCement, the largest cement makers in Africa, are expanding capacity on the continent to take advantage of growing demand.

Cameroon’s rising star: Lafarge and Dangote to face off 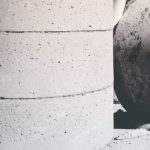 cim plans to grow its market share in Cameroon to just under 60%, from around 45% currently, by expanding its capacity from 1.6 million tonnes to 2.1 million tonnes. This will raise competition with Dangote which is also flexing its muscles on the Cameroon market.

Cameroon has significant potential to raise its cement demand given the tapestry of infrastructure projects in the pipeline including stadia and related construction ahead of the African nations cup in 2019.

Additionally, industry reports indicate that 92% of Cameroon’s roads are unpaved which suggest room for large cement use as the country implements its strategy towards becoming an emerging market within 20 years.