FrancTrade view: The IPO of Sucrivoire could not have come at a better time in sugar markets with raw sugar price rising this week to their highest level since March 2012. Sugar prices have rocketed higher on concerns over production deficits in top producers Brazil and India. Paris based Sucden and Denrees, one of the largest sugar traders, now forecasts a global production deficit of 4 million tonnes, up 1 million tonnes from an earlier forecast. China is looking to release 350,000 tons of reserve sugar in October to help stabilise prices and beef up domestic supplies. 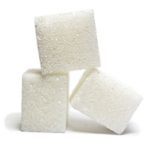 Sub Saharan Africa is a net sugar importer According to data from the US Department of Agriculture, sub-Saharan Africa will account for around 7.6% of global sugar consumption but only 4.5% of output in the 2016-17 season.  The sugar market in Côte d’Ivoire reflects a similar profile with an annual deficit of around 150,000 tonnes, and rising. There is therefore potential for sugar producers like Sucrivoire to tap into growing domestic sugar use. That said, high feedstock costs could provide a sting in the tail for sugar importers exposed to global markets.

Story: The government of Côte d’Ivoire will sell its 23% stake in the local sugar company Sucrivoire. The sale is part of the government’s privatisation plans which will see the government release its shares in at least 15 local companies. Sucrivoire, which is part of the agribusiness group SIFCA, owns 11,000 hectares of cane plantations and two industrial production units with an annual capacity of 100,000 tonnes. It has a share capital of 14.7bn CFA frs (USD 24.6 million). SIFCA owns 51.6% of Sucrivoire shares with Terra Mauritius Investment owning a further 25.5%.

We understand from Newswire reports that 1.13 million shares will be sold at 13,000frs per share with 5% reserved for staff and 18% open to the public.  Bank of Africa Capital Securities is the Lead Arranger for the IPO which is due to start on October 5. Sucrivoire produces granulated brown and white sugar and white sugar cubes