The volume of crude oil being shipped to Asia from West Africa has moderated this September. This is according to a Bloomberg survey of traders which predicts cargoes will fall to 1.79 million barrels a day down over 10% from August. 57 cargoes are expected to be shipped to Asia from Angola, Nigeria, Democratic Republic of Congo, Republic of Congo, Ghana, Cameroon and Gabon. This compares with 66 cargoes in August.

Is the drop in Nig 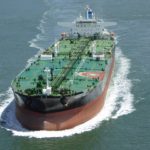 China, India and Indonesia are the top three Asian destinations for West African crude. Shipments from Nigeria have moderated in the third quarter of the year to around 22% of total volumes, compared with nearly 28% of volumes in the first quarter of the year.

Nigeria’s oil output, which has dropped to its lowest level in 20 years according to Lawfare, could remain low for the remainder of the year. Lawfare also quotes Deutsche Welle which reports that a shortage of gasoline, together with dwindling foreign currency reserves, is undermining Nigeria’s domestic airline industry.

Elsewhere, the UK’s Financial Times published an article on the sale of diesel with high sulphur content in Africa, known as “Dirty Diesel” based on findings in a report by a Swiss campaign group. Swiss energy trader, Trafigura, which was a focus in the report has said it backs moves by the African Refiners Association, to raise fuel quality standards and reduce permitted sulphur levels.