FrancTrade view: Last week’s disappointing US non-farm payrolls undermined the US dollar against emerging market and major currencies. The US dollar is currently 5% weaker vs. the CFA franc compared with its high in November 2015.  CFA franc importers should take advantage of current conducive market conditions, including multi-year lows in wheat prices and lock in forward contracts to reduce their import bills for 2017. Ample wheat stocks are currently keeping prices low but supply risks next season could push the wheat market higher in coming months.

Senegal and Cameroon are particularly vulnerable given high per capita wheat imports and strong exposure to non-Eurozone origins. 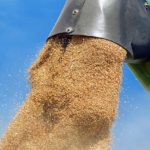 Countries in the CFA franc region collectively import around 4 million tonnes of wheat, 20% of wheat imported by Sub-Saharan African countries. Approximately 60% of the region’s wheat imports are from France, a good hedge against currency risks (given the CFA franc’s peg to the euro and assuming the peg remains in place). However, approximately 30% of the region’s imports are from non-Eurozone countries including the US and Russia. This leaves Franc importers exposed to both currency and price fluctuations. Senegal and Cameroon are particularly vulnerable given high per capita wheat imports and strong exposure to non-Eurozone origins.

Front month wheat prices on the Chicago Board of Trade are currently down 20% year to date. Wheat prices have been clobbered by massive global stocks. According to the US Department of agriculture, global wheat output in the 2016/17 season is projected at 743 million tonnes, up from 734 million tonnes last season. Wheat prices recently bounced off their lows of 3.61 US dollars per bushel (USD 133 per tonne) and have ticked marginally higher. The futures curve for wheat has moved lower compared with the last 6 months but risks are for prices to rise over coming months, particularly if US wheat farmers scale back on winter wheat plantings.