Why have oil shipments through the Chad-Cameroon Pipeline dropped?

FrancTrade view: Oil shipments through the 1,070km Chad-Cameroon oil pipeline dropped a massive 13% y/y in the first half of 2016. According to figures from the Chad-Cameroon Pipeline Steering and Monitoring Committee, 20.9 million barrels of oil were transported in the year to June 2016, down from 24 million in the same period last year.We believe the drop in shipments from the Chad 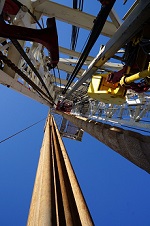 -Cameroon Oil Pipeline is due to the natural decline in oil production in Chad. According to figures from BP’s Statistical Review of World Energy 2016, annual output in Chad is likely to have fallen in 2015 to 4.1 million tonnes (30 million barrels), down nearly 5% y/y. This compares with output of 9.1 million tonnes (66.7 million barrels). This is in spite of significant production-supporting investments announced by the Chad Oil consortium which lifted output well above a 10,500 barrels per day threshold in 2015. In fact, data from ExxonMobil indicates production averaged just over 73,000 barrels in 2015. We therefore think output in 2016 is vulnerable in the absence of significant investment.

In 2015, 47 million barrels of oil were shipped from the marine terminal in Kribi, up 56%y/y from 30 million barrels in 2014. However, we note that this includes crude produced by EEPCI, CNPCIC and Glencore which meant that Chad was able to deliver the largest amount of its oil to world markets in seven years.

2 thoughts on “Why have oil shipments through the Chad-Cameroon Pipeline dropped?”